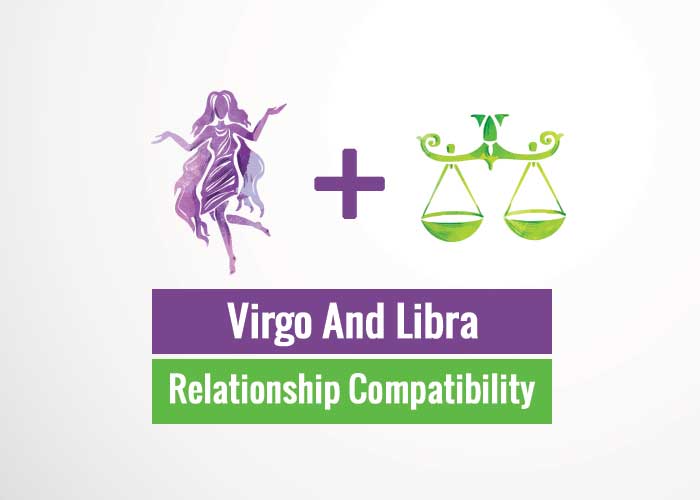 An interesting match, somehow different, somewhere similar that’s why they can fit in, in each other’s life. An airy Libra will learn to be grounded and stable from Virgo. And Virgo will learn to see the freedom outside their own limitations. Libra’s sense of justice can be mixed up easily with Virgo’s practicality and observing nature. These two can indeed learn and grow together. To know more about them let’s go through Virgo and Libra relationship compatibility.

Also Read : Know Why There Will Always Be 12 Zodiac Signs

Libra loves romanticism, and they yearn for it. However, their lack of practicality, easy-going and learn to be grounded nature can get attracted to Virgo. Virgos are not so much good at expressing because of their security seeking nature in life and this will make a Virgo hard to melt on an emotional level. And that is what can attract each other. Libra trying to make a romantic gesture that Virgo needs to learn and air-headed Libra needs to learn to be practical and secure.

Virgo and Libra relationship compatibility says that they go along pretty well, their interests in facts and logic will pull them together. Both of them are a thinker. Sometimes libra might become hopeless but Virgo brings down the Libra from flying to the ground. Their practical approach to life will be seen in their conversations. Libra might contradict with Virgo, but you see Virgo is a calm and patient child who observed and try to dig out the truth. And that’s Virgo won’t mind if someone contradicts them. Instead, it widens their knowledge. In their chart of the whole compatibility, it is communication that scores the highest which states that they will have a healthy conversation that will keep their relationship going.

Libra might get lost in their imagination but however both of these two signs are practical in nature. For Virgo, time is everything, they work hard and do it patiently and don’t like to hurry up. Libra is a more spontaneous and fast running sign. So if these two try to understand the importance of spontaneity and patience, they will see the bright future together. There will be mutual understanding in their relationship as long as they are interested in it. Once they are done, there will be more misunderstanding than understanding.

Libra is clear about what they want and how they want, their minds are clear. And Virgo will appreciate this character of Libra. However, Libra might get moody at a time and become lazy. Sometimes Libra might seem uninterested in doing things simply because they are lost and lazy. So Virgo might lose trust from Libra thinking what Libra might be hiding, because of Virgos overanalyzing traits. Since a Virgo has a trait of overanalyzing and doubting this may create problems in their relationship. But Virgo and Libra relationship compatibility says that things can be settled down if they talk and open up.

Also Read : Least To Most Attractive Zodiac Signs According To The Astrology

Libra has an artistic taste in life which can be seen even in their love life. They will like to express their emotions by writing or by doing small things for their partners. And Virgo will appreciate it. Even Virgos are good at giving their hands-on the artistic field, their detailed orientation nature can bring light on their works. Virgo doesn’t like to be vulnerable and expressing but when they express, they will touch the heart of romantic libra. But when it comes to expressing emotions, both may fail to do so, making this relationship to lack emotional connection.

Also Read : Kind of love that you need according to your zodiac sign love astrology

Virgo and Libra love compatibility says that the sexual relationship between them just doesn’t seem like a good choice. Libra is an Air sign ruled by Venus, and couldn’t be more distant from Virgo’s shy nature or practicality when it comes to sex. Whereas, Virgo is an Earth sign ruled by Mercury, relying highly on their intellect while bringing Venus to its fall. They will probably be driven crazy by each other, Virgo will obsessively try to keep things clean and looking as if they were scared of any emotional contact, and Libra, being strict in their search for spiritual love and a partner they can really talk to. But it is said that most often, they are not even attracted to each other, and when they do begin a sexual relationship they have to face the challenge of speed. Virgo will find so many faults in their Libra’s partner approach. Libra’s self-esteem won’t be able to tolerate that much criticism and they will probably see Virgo as stiff, boring and unaware of any emotional connection they wanted to make. Even if they try a lot, both partners might still end up unsatisfied. The only way to make this sexual relationship work is that they need to coordinate the emotions they give and receive and that may help them to let it work.

Also Read : Zodiac Signs Most Likely To Go Back To Their Exes

Overall, Virgo and Libra’s relationship will lack emotional connection, understanding and mutual trust making this relationship hard to go a long way. They can have a very satisfying intellectual bond, for as long as they respect each other’s feelings. But once they stop, this relationship will come to an end as there won’t be anything to make it work. If they want to make it work they need to spend time together trying to form a strong bond and connect emotionally and mentally as well. There is a chance that Virgo Libra relationship may work as they both seek security in partnership, and they share a love of beauty and culture that may help them to go together.