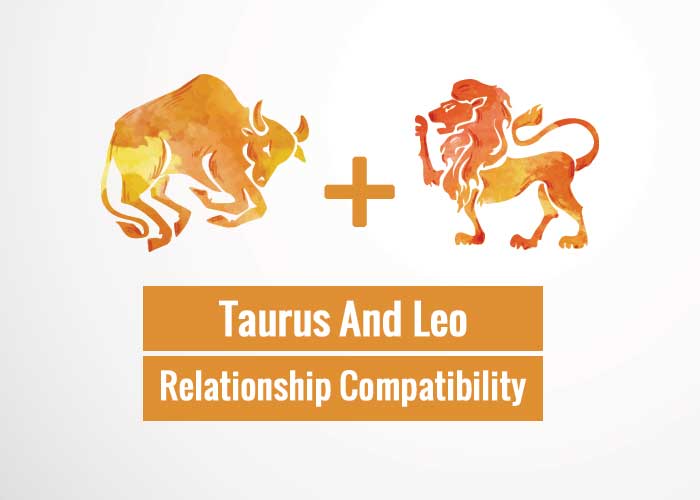 When a person who is damn care about the situation happening around meets someone who wants all the attention of the world, things are going to be dicey and imbalance. Actually, both Taurus and Leo are strong signs. They both can either make strong unbreakable pair or a pair that seems to be an imbalance in nature. Taurus is bullheaded so even Leo is stubborn. They have one of the best qualities that are needed in a relationship and that is loyalty and passion. They both are loyal, when they love, they love wholeheartedly. They are both likely to polish each other’s ego as both are egoistic to an extent. Let deep dive to know Taurus and Leo relationship compatibility to know more about them.

Taurus is ambitious, they stand out differently in the crowd and so Leo and identifying them in the crowd will be the easiest thing. So, when they both are successful to identify each other because of their traits, they are sure to attract each other towards them. But neither the attraction nor their love will find its way due to their fixed nature with different qualities. But it is sure that they will pull each other by their trait. Both the signs carry traits and qualities that are sure to pull attention and people towards them. And that is the reason they may fall for each other at a faster pace than any other zodiac sign. Taurus and Leo’s relationship compatibility says that they are likely to attract each other sooner but how long it will last depend on their behavior.

Taurus is egoistic in nature and Leo is not less when it comes to ego. They both hardly prefer to listen to their partners. There will be more disagreement than agreement when they have any conversation and have to come in any conclusion. Taurus and Leo’s relationship compatibility lacks healthy communication. This is one of the reasons that prove to be a hindrance to their relationship.

Leo is playful at times but even they are known for their loyalty and Taurus is known for their loyalty. Both seem to be loyal and it seems like their relationship will hold trust but due to their approach and the way they are busy with themselves they fail to maintain or build their trust in their relationship. They both symbolize love, but in their own way and it is hard to say whether they will show this love to each other or will fail to do so. And it is seen that they both usually fail to express their emotions and they rarely fall in love with each other despite being getting attracted to their qualities. The simple fact about these signs is, they both live in their own world and they don’t feel like getting close or feel like sharing their hearts out to each other. And when they fail to share their heart out they will likely fail to trust each other. Taurus Leo’s relationship compatibility scores less in this matter.

Taurus is an emotional sign and knows how to express it well unless they are in their own world where they are more close to materialistic things than they are close to humans. If Taurus wishes to have financial stability, Leo wishes to have fame, everything shiny, bright. Leo represents the passionate sign. And when they both get in a relationship they fail to understand each other’s emotions. Taurus and Leo’s relationship compatibility says that they are likely to fail to understand each other’s emotions.

Also Read : How To Heal From Toxic Relationship? 4 Effective Ways

Since they both are lazy and demanding at the same time, their sex life will be full of expectations and neither of them will stand to each other’s expectations, rather they will wish that their partners take the initiative to take things further. Their sex life will be exhausting. When motivated they both will be excellent lovers. All they need is little both of motivation in their life to be excellent lovers. Despite being the sign of joy, love, and color they are likely to fail to show it to each other. Taurus and Leo’s relationship compatibility says that they need some kind of motivation to satisfy their partner, especially when it is a Taurus and a Leo.

Also Read : Why Damaged Women Are The Most Powerful Person In Our Society?