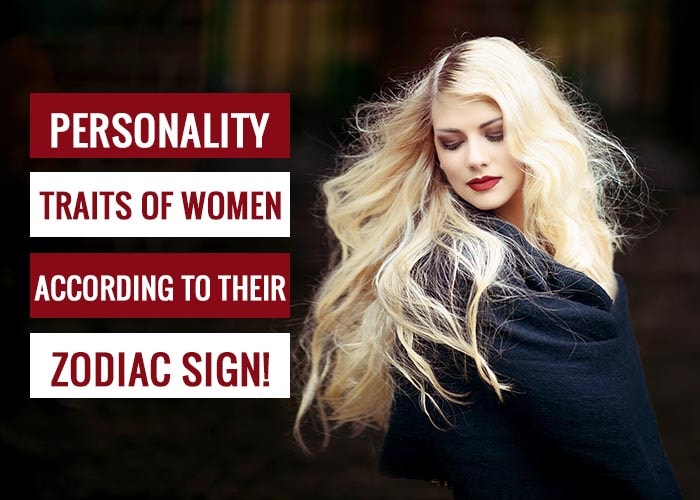 Zodiac signs display the characteristic of every individual. You can know the likes and dislikes of anyone. So if you wanna date a woman then you must know the personality traits of her before getting in touch with her.

The Aries woman is typically confident, fiery, bold, spontaneous and independent. Very modern and self-reliant she is often an inspiration to other women. Often highly motivated and ambitious this isn’t a woman who takes no for an answer, at least not for long! She will typically make a good living, though probably isn’t the best at saving the money she makes, instead preferring to enjoy it as it arrives. In touch with her inner child, on the plus side she tends to be very fun loving and adventurous, and on the negative, she can be very sulky if she doesn’t get her own way or is ignored. She tends to be very competitive, but unlike some signs also has a strong sense of fair play – she wants to win for herself; to prove to the world she could do it, and isn’t interested in deceit or cheating. She hates to be bossed around, or feel trapped.

Sexy, funny and down to earth the Taurus woman is perfect for those looking for a balanced and “real” partner. She is dependable, patient, sensible and reliable – while at the same time enjoying an unmatched level of sensuality and humor. She dislikes and avoids risk and tends to be gentle and tolerant of others, with a strong sense of honor and integrity. Practical and stable, she has an above average level of common sense. This woman values tradition, loyalty and stability, and as a result can be highly sentimental and emotional over loved ones, possessions and even routines.

Light, fun and carefree the Gemini woman is a breath of fresh air to those seeking a partner who won’t be too clingy or smothering. Typically she is lower maintenance (emotionally) than most other signs and always quick to make fun of a bad situation and find a solution to it. Gemini’s are amongst the intellectuals of the zodiac, known for their cleverness, curiosity and excellent communication. Always questioning and often insightful they’re typically fascinating and light spirited companions with a diverse knowledge. Highly adaptable, they’re fast thinkers and fast talkers, often able to get inside other people’s heads while discussing almost anything. Due to this your Gemini woman is likely to be highly adept at flirting and very hard to beat in an argument!

Passionate, volatile and exciting the Cancer woman has an emotional strength and vulnerability which many find to be highly feminine and uniquely sexy. Deeply caring and sympathetic lovers they will do anything for a partner whom they’re in love with. Highly intuitive, she has a natural talent for nurturing, often knowing exactly how to make her partner feel comfortable and secure. Loving, gentle, intimate and understanding she is kind-hearted but not soft, and will often know exactly what you’re feeling and how best to support you emotionally Romantic and devoted, she takes relationships and her partner seriously, and once settled with a mate she enjoys the home and everything associated with it. Cancer women often have an appreciation of food and a talent for cooking. They’re also often exceptionally friendly and love to help others and feel needed. That lady at your office who is always hugging people when they’re feeling down is probably a Cancer.

Leo woman is strong and independent. She doesn’t need anyone around to tell her what to do. She would prefer that no one told her what to do. She aims so high because she dreams of being the center of attention. She adores it when people are paying attention to her, asking her questions or advice, and she especially loves it when other people listen to what she has to say. The Leo woman characteristics show that younger women are likely to join a theater group in a school, or join an important school government committee to prove that they have talent and determination. Both of these activities are great for young Leo girls, as the groups help them to grow as a person. It also helps strengthen their communication and self-confidence.Leo females are often creative, even if it might not be in the traditional sense of painting or drawing. The Leo woman is likely to want to show off her skills, and often in a creative way. She may put on a show or have an elaborate discussion planned out at work.

Virgo women have their very own brand of “professional sexy”. Their outwardly reserved, intellectual and precise nature creates the perfect contrast for their wilder side within, they may not be the most overtly sexual of the signs, but their subtlety works just as efficiently. Virgo women typically have a fantastic eye for detail and enjoy order, precision and efficiency in all things. This has several implications, for example, she is likely to prefer routines to random or chaotic approaches, and is very likely to have a fondness for keeping lists and other tools which improve efficiency. A common fault of Virgo women is to be highly critical when perfection is not found. This usually applies double to herself and her own performance, which can sometimes lead to reduced self-confidence. Virgos often have trouble relaxing, and often hate wasting time, or sitting idle.

Classy, sociable and passionate, Libra is a sign with its own unique brand of sexy! If you like a lady who always looks good, can charm anyone, and also embraces her feminine and wild sides then look no further! Always fashionable, elegant and well groomed, she is tasteful and sophisticated, with an eye for quality, beauty and harmony in all things. Refined and caring the Libra woman loves everything about romance, seduction and partnership. She will constantly work towards improving a relationship, and care for her partner both physically and emotionally. Among the most sociable of all the signs, she probably has a very large network of friends and a hectic social life. This can make dating difficult initially unless you like crowds, and can often leave you wondering where exactly you fit into her life. Libras can also come across as somewhat egotistical at times, which can compound this situation.

Scorpio woman is best defined as a mystery novel. She has a striking personality, fascinating, thrilling and overall, highly appealing. However, she is indeed mysterious and possesses a strange aura. There is a magnetic charm associated with her, which makes her as exceptional as she is irresistible. Willpower and determination form her basic personality traits. A Scorpio woman is a dynamic personality. She is as deep and unfathomable as the sea. Her dynamism finds expression in her moods too, as she can be as placid or as stormy, too. It can be said that many attributes essential for making strong personalities and leaders find their special place in her character. She is an effective planner, organizer and achiever, who can deploy resources, steer people and succeed in whatever endeavor she undertakes. A Scorpion woman is courageous, sharp, direct and brilliant. She knows what she wants and also what it takes to get that. Whatever be the role she takes on herself, she has her clearly identified priorities and well drawn-out action plan. She is steady, resolute and self-assured, and would love to function in an atmosphere of certainty, with no grey area around.

Wild, feisty, independent and exciting, Sagittarius women are arguably the wild child of the zodiac. Adventurous, fun loving, sociable and friendly, they are typically determined to live life to the fullest. This is an honest woman, a straight shooter who speaks her mind. Inspiring and spontaneous she can sometimes be seen as too aggressive or impatient by those who prefer a more subtle approach to life. She values independence and freedom, manifested both in a liberal open-mindedness and a dislike of feeling trapped or obligated. She often does better with a strong-willed and independent partner, rather than one who is too needy or possessive. Imaginative and intuitive she may often be seen as lucky, and may even have a fondness for gambling due to this. One of the most ‘unusual’ traits of Sagittarians for many partners is their ability to get through life so ‘effortlessly’ often relying on luck rather than planning to see them through.

Capricorn women want to succeed. Whether it’s in a career or as a homemaker they typically don’t do things by halves. Goals and a practical viewpoint often characterize this lady. Outwardly reserved the Capricorn woman is a complex bundle of practicality, endearing modesty and self-discipline in selected areas, often reserving her fun and sexy wild side exclusively for those who are very close to her. Down to earth, self-motivated, patient and responsible. Capricorn women are generally among the harder signs to understand, with a number of personality traits which often confuse partners in the early stages of a relationship. While the Capricorn woman is as romantic and emotional as anyone else, she can be somewhat inhibited in expressing her emotions, often preferring to perform practical tasks to help loved ones in preference to making purely romantic gestures. She is very cautious by nature, and not one to rush into anything, so don’t be misled if her interest appears mainly platonic initially.

Aquarius women are an exciting blend of mischief and deep thoughts. If you’re looking for mental stimulation, fun and sexiness in one package, then this is the girl for you. Unpredictable, broadminded and often a little ‘different’ they are usually very intellectual and can be criticized as cold or distant by those who are more emotionally inclined while being appreciated by those looking for an independent partner. Aquarius women tend to come across as very self-confident and independent in several ways: She’s unlikely to be interested in winning approval or compliments, making her often bold, non-conforming, and sometimes shocking. Many Aquarians are amused by narrow-minded people and aren’t beyond doing or saying things purely to see the reaction they get. They aren’t aggressive people per se, but they can be a little mischievous in this area!

Often described as the zodiacs sexiest women, Pisces are ultra-feminine and often highly attractive. Pisces is the dreamer of the zodiac; mysterious, spiritual, imaginative and idealistic. Pisces women often sense and feel things which other less sensitive folks miss, sometimes making them seem more than a little psychic and mysterious at times. They often pick up on the subtle and unspoken and are often skilled at subconsciously reading signals from others, such as body language. This powerful intuition can be applied in many directions, for example – she may be an excellent emotional healer, a creative artist or an astute business woman. Highly sympathetic, compassionate, self-sacrificing and unassuming, Pisces women are the most likely to absorb emotions from the environment around them, often becoming happy or depressed based on the mood of others. Due to this they often prefer the company of optimists over pessimists and this creates its own set of problems, as optimists are generally far less sensitive and compassionate, traits which are equally important in the partner of a Pisces woman in their own ways.