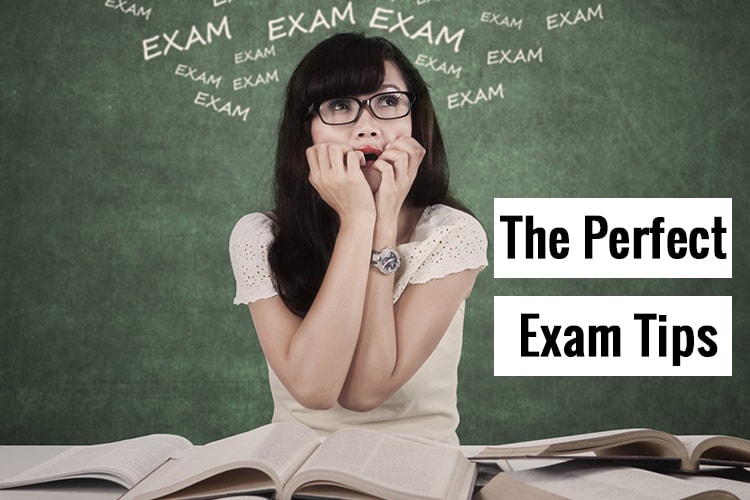 Aries, the ram! You’re the natural leader of the star signs, so leverage that skill this exam season by starting your own study group! Take the initiative and put together a team of the coolest jazz cats in your class — remember that two heads are better than one! Have everyone in your group become an “expert” on one or more topics that are going to be covered on the test, then take turns presenting on that topic. It’s sharing the wealth, but here the wealth is knowledge.

Some people see Taurus as stubborn, but persistence has a place in this exam season! Channel that consistency by making sure to test yourself on the material often — your brain learns things by repeatedly firing the same neurons, and that only happens with repeated recall. It’s never too early to start going through flashcards! Sometimes you just gotta brute force the knowledge: that is, go through it over and over again. Give yourself time to do this! Even little repetitions of the material early on can make a huge difference.

Gemini, the two-headed star sign, craves change! Geminis are highly adaptable and restless, so try to shuffle up your environment! They say that a change is as good as a rest, so change it up this exam season by studying in a cafe or a smaller library that you’ve never been in. Being in a new place that you’re slightly uncomfortable in can be a good thing: it’s re-energizing and makes it so you’re less likely to drift off and procrastinate.

Your star sign is known for being deeply connected with family and friends, and while this is a fantastic thing, remember that sometimes it pays to focus on you! Take a social media detox just for a couple of days while you get through the midterm season: Facebook, Instagram, Twitter, etc are great when you’re trying to stay connected, but not great when your exam paper is due in 4 hours.

The lion! The king! Or the queen! You’re proud, confident, and you like being told that you’re proud and confident. This is a great thing! That kind of attitude is going to get you great places in life, as long as you ~remember who you are.~ If you’re struggling, don’t be afraid to ask for help when you need it: humble yo’self and go to office hours, reach out to people in your class, and talk to the counsellors if you’re feeling overwhelmed. Pride or die is not the right ‘tude, dude!

Also Read : What kind of student you are! According to your Zodiac sign

Virgos are detail oriented and very, VERY type A. Organization is your middle name, and this season, that it a very good thing my friend. An organized mind is a happy mind, so keep on keeping on with those colour-coded stickies, you little nerd. Remember the power of “chunking” information: studies show that the human mind can only store 7 things at a time in its working memory, so being able to group information in a logical way is going to be critical to your studying success!

Balance is the name of your game. Libras, the ever even minded, ever fair star sign is all about keeping things nice and level. This means you of all people need to remember one thing: SLEEP. Exam season is stressful, yes, and it can be tempting to pull all-nighter after all-nighter, but study after study has shown that this is doing your body and your grade a disservice. Your brain actually consolidates and reinforces information while you sleep, moving the things you’ve learned from your short-term memory into your long-term memory. It’s also when glial cells in your brain shrink enough to let the fluid in your cranium flush out neural toxins that have accumulated over the course of the day, and is mega important for your success.

Passion! Fire! Emotion! You’re a driver, a pusher, and your study music should reflect that. Generally, wordless music is best for studying situations, but who says wordless music has to be boring? Don’t like classical music? That’s ok! Listen to a movie soundtrack – something that’ll keep you pumped and motivated without distracting you with lyrics. Basically, think of a movie you know that’s almost stupidly blue/green-toned, intense, and has at least one scene with angsty pouring rain and you’ve got a pretty good candidate for study music.

The class clown! The social butterfly! You, my friend, are the belle of the ball. I know it can be difficult when everyone is so busy, but carve out some time this exam season to just hang out with friends. This’ll be good for your mental health but also for your studying: all of your senses are engaged when you’re interacting with other people, and this helps memory retention and recall tremendously. It’s also important for overall life satisfaction! Be nice to yourself.

You’re a realist, and people respect that. But there’s a fine line between that and being a Debbie Downer! I know things can get a little intimidating and it can feel sometimes like there’s too much going on, but your greatest weapon really is positivity. There’s no reason to always expect the worst! Keep a calm, positive state of mind, and do your best.

Aquarians are known to be innovators, creators! Break up the monotony of your notes by flexing your creative muscles. Adding doodles, popups, using different pens, or laying out your notes in a new way are going to help you stay engaged with the material as you enter hour 9 of studying for that killer exam paper.

Ah Pisces. You adorable little fish, you. Channel that innate compassion and goodwill associated with your sign and take the opportunity to help a friend in your class understand a difficult concept. Being able to explain to someone else the material is a great test of your knowledge, and often the best way to learn for yourself is to teach! It’ll reinforce your own knowledge of the subject and give you a gut check for how well you actually know something.