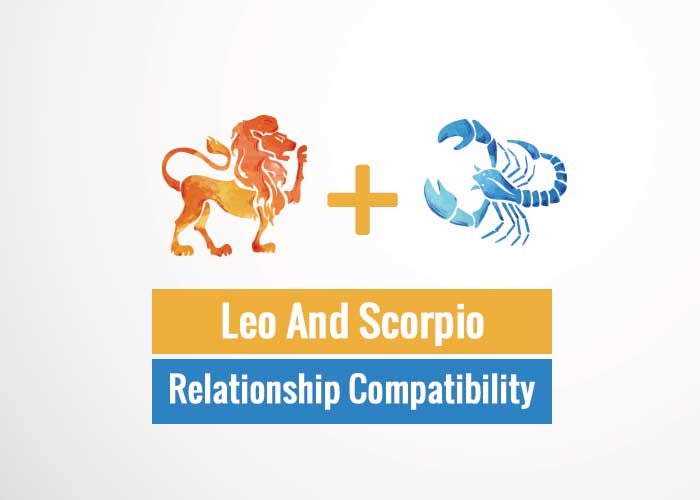 Be it Leo or a Scorpio, they both can be identified in the crowd by their charms. If Leo is an attention seeker, Scorpio gets all the attention without seeking for it. It is a big difference that may create ego issues. But when comes to attraction, their charm is enough to bring them together and make them fall in love. It won’t take time for them to be in love and that attraction will last long, though there will be conflicts, it will go on with all these conflicts. They are an odd couple and this oddness will take them a long way with the lack of peace in it.

Also Read : What You Want Most In Life According To Your Zodiac Sign?

Leo and Scorpio relationship says that their conversations can be very tense and irritating for both, but along the way, they might realize that they give each other exactly what they both need. They are both obsessive in nature. Scorpio will hold on to things they care about and obsessively fight for their goals. Whereas, Leo will never give up on chasing their passion, with enough energy to spark everyone around them. Leo wants to show the right image to the world, and Scorpio understands karma better than many other signs. It is a good thing that these two signs can be so well behaved. And that’s the reason why they will probably have enough respect for each other to communicate in a civilized manner. Although this is not always the case. There won’t be any lack of communication in this relationship but their pride and ego may affect their communication to an extent.

Leo and Scorpio relationship compatibility says that the positive side to this relationship when it comes to trust is in the fixed quality of both signs. This is not such a good thing when it comes to their ability to adapt and be flexible for each other, but it is a perfect thing for mutual trust. If they set the clear foundation at the beginning of their relationship, Leo transparent as they are and Scorpio direct and honest, they might trust each other without exception for a very long time. That is if they both want to be open to this kind of relationship in the first place.

Also Read : Zodiac Signs Who Struggle The Most In Finding Their True Love

What happens when a fire sign meets a water sign? If one is emotional like anything, the other hardly pay attention to emotions. This is probably the most challenging relationship in the entire zodiac when it comes to emotions. Leo sticks with their decisions because they rarely accept that they might have been wrong. Whereas Scorpio likes to be tied through negative emotions, for love sometimes has to hurt. In some cases, they can be identified with hate, but the important thing to remember here is that hate is also love, in its “negative” form, and both of these partners will think that any emotion is better than no emotion. It can be a bit torturous relationship that can hold them together for a long time, even though they might be unhappy and aware that they could be happier with someone else. Leo Scorpio’s relationship can become a very difficult circle of suffering for both partners.

Leo and Scorpio love compatibility says that this is a complicated relationship between two strong personalities with an incredible sex drive. Scorpio is sex itself, and the depth of emotion that goes with it in its purest form. And Leo is a passionate lover, warm, always in search of action and they can be quite casual when it comes to their sexual encounters. When they get together, they could have real trouble finding a middle ground between their personalities. They simply don’t operate in the same ways and while Leo wants to be respected, Scorpio understands that all respect dies in the act of sex. These partners can seem as if they’ve crashed into each other with no plan or purpose. If they are attracted to each other, this could drive them mad, for none of them will be able to realize their desires in a wanted way. If they end up having sexual relations, they could have misunderstandings on everything, from their verbal communication to their physical needs. It is extremely difficult for a Leo and a Scorpio to reach intimacy because they have a different view on emotions. What Leo sees as love, Scorpio finds superficial and irritating, and what Scorpio sees as love, Leo finds depressing and irritating. They both need to give up control entirely if they want to find sexual satisfaction with each other.

Also Read : Zodiac Signs Who Are Most Likely To Be The Serial Daters

Overall, when Leo comes in contact with a Scorpio they will diffuse each other in a way that may make them worthless altogether. They lack almost all the qualities that are needed to be in a healthy relationship except trust which can be seen in their relationship. But trust alone is not that sufficient to keep this relationship going if it lacks almost everything needed for a happy relationship. But don’t be scared, it is not only the case as patience, letting go ego and giving on more time can heal this relationship and make it smoother with the phase of time