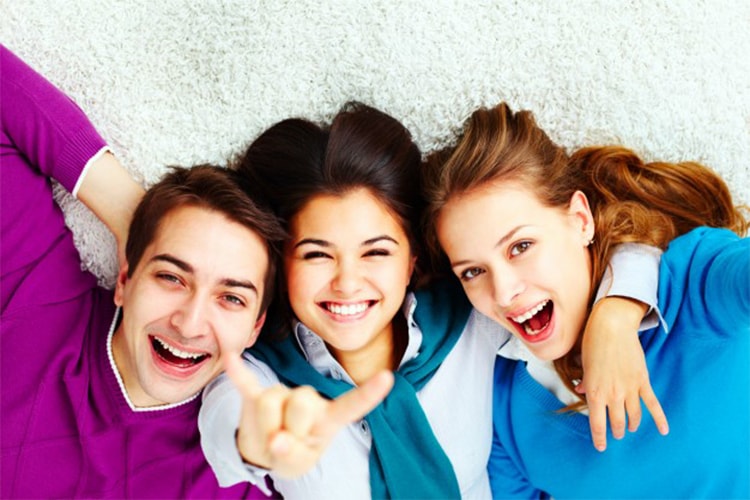 Aries are bold and energetic people. They believe that life is a party and They are obliged with the task of celebrating it. Aries is a sign known for their courage and confidence, though impatient at times but their friends love them for their enthusiasm and excitement with which they deal their life. They are an excellent friend.

Taureans prefer limited friend where they seek quality rather than quantity. They are calm and simple people where they search for harmony. A Zodiac sign which deals with only loyal and reliable friends.

Gemini loves to talk and they have a great sense of humor which attracts others. They are labeled as a good conversationalist and that their friend can always bank on them to have some fun time.

Cancerians are the moms of all groups.They are caring, sweet, gentle and kind people, but at the same time, they are quite absent-minded as well. But they are always present to provide help to their friends whenever required.

Leo people are the leaders of the pack when it comes to friendship. They are very generous and are always looking for sincere friendship. The Leo people have a major drawback as they fail to contact their friend on a daily basis but their love and generosity cover it up for them.

Virgos are most loyal, caring and sacrificing friends. Virgo friends are at times a bit insecure about their friends and have a fear of losing them; consequently they do whatever they can to maintain a friendship.

The Librans are the best Listeners. They love to chat a lot but are the type of friends who would listen carefully and solve all your problems. They will treat their friends equally.

They are emotional, mentally and physically always protective of their friends. For them, friendship and honesty are two inseparable philosophies and are the most brutally honest friends.

They are the most straightforward people. Apart from being straight on face type of a friend, they are the classiest jokester in the group. Always into arguments and debates but all their friends depend solely on them in need.

A Capricorn is the definition of Friendship. The leader of the squad, the most approachable, the easy – going and the one to do anything to help a friend is none other than a Capricorn. They are labeled as the best adviser friends of the entire Zodiac.

The most non-judgmental and cool friends belong to this Zodiac sign. They usually have a large friend circle. People can confide in them and know that their opinions for them won’t change.

Pisces are the most sensible friends. Pisces people are quiet and caring types. They are dreamy and are artistic in nature and their friends deeply admire their qualities. As a friend, they are thoughtful, nurturing, and more friendly as compared with other Zodiac signs.