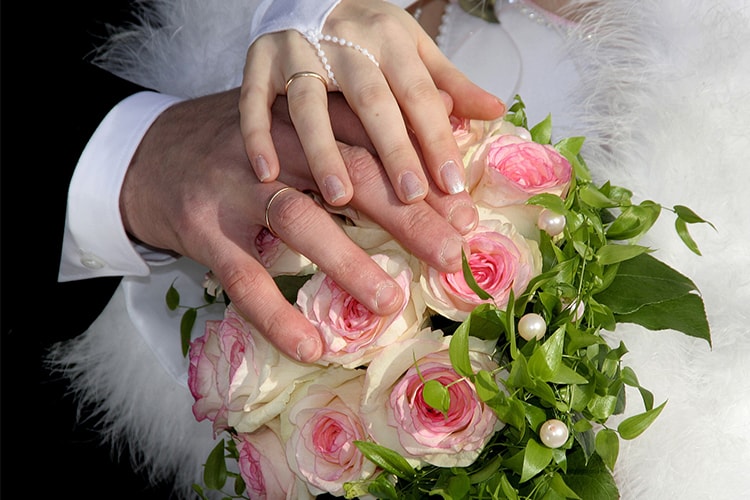 If you are chasing a woman for a marriage, but that woman doesn’t give any hint or doesn’t show any interest towards you. So, here you will find your answer, how to attract her for marriage, according to her Zodiac sign.

Aries women love compliments and tend to gravitate towards unrestricted, lively people. They are active and outgoing. If you plan a date with an Aries, be prepared to stay out late and have some fun, as they are filled with energy, and love excitement. Generally, they like to think of themselves as intellectuals, therefore, the best way to attract an Aries woman is to approach them on an intellectual level. They are aggressive and passionate. However, be forewarned that an Aries woman has a tendency to be jealous and when in love, wants quite an attention from her partner.

If you’re interested in Taurean women, don’t sit around waiting for them to approach you. A Taurus woman is a patient person, which is something you will have to possess in any relationship with them. Most likely, you will have to be the initiator. Once you’re on a date with a Taurus woman, let them know that you enjoy their company. If you pick out the restaurant, make certain that the food and atmosphere are in good taste. And, if you’re planning a dinner at home, try and plan ahead making sure everything is perfect and best.

Always remember that the Gemini is the sign of the twin. There is a part of them that needs love and security, and then there’s the stronger part of them that needs stimulation and novelty. To remain in a relationship with a Gemini woman you must be able to satisfy their emotional, mental and sexual needs. They love to laugh, travel, spend money, and are eager for new experiences. Women of this Zodiac appreciates honesty and sincerity more than anything in a person, so make sure you speak your mind, even if you share the different opinion.

If Cancer women have an interest in you, they will drop subtle clues. Don’t expect them to be forward, as they don’t know how to be. As they tend to be romantic daydreamers, and reflect in the past, bring up some old stories so that they can relate some of theirs. Show an interest in this sentimentalist when they bring out their collections or old pictures. They thrive on admiration and praise. Let them know how much you admire them. Compliments will get you everywhere. Ask their opinion, and be sure to be sincere about hearing their response.

Underneath the surface of this proud persona is a sensitive and vulnerable woman that needs constant reassurance. Remember, that flattery will get you everywhere. As a result, the more you feed their ego, the longer your relationship will last. On a date with a Leo woman, be sure not to skimp on anything, as they love the pleasures of life. Women of this Zodiac tend to be spendthrifts as nothing is too good for them. Feel free to discuss topics of intellectual interest. They love to share their opinion. They want a relationship to be exciting and intense

Virgo woman is attracted to someone who possesses good conversation skills. They love to talk and surround themselves with friends who are even-tempered, nonchalant, and intellectually stimulating. If you’re planning a date with a Virgo woman, avoid noisy places. It’s a rare occurrence for a Virgo woman to hand out praise, so if you’re looking for constant flattery, you may want to keep looking. While on the contrary, if you’re looking for advice or an opinion on a certain matter, this woman will eagerly get involved.

Libra women love the idea t of being loved; therefore they are constantly searching for the perfect mate. They also love romance and consequently are good at it. The best quality of a Libra woman is the art of conversation. When out on a date with a woman be sure to pay them a compliment. If you pick out a restaurant, make certain the atmosphere is classy. A Libra woman wants to be treated as a first class and does not like to settle for less. This Zodiac sign of partnership needs a companion who will understand, appreciate, and perhaps even adore them.

If you’ve ever met someone that you found irresistible from the moment you met, it was probably a Scorpio woman. They may appear direct and just a bit forceful, but underneath they are vulnerable and sensitive. Women of this Zodiac take love very seriously and are searching for admiration from a partner. Getting a date with a Scorpio woman is easier than forming a long-term relationship with them. They appreciate being listened to and want to know that they have your complete undivided attention. They also hate to be dominated along with being taken for granted.

Sagittarius women are ambitious, generous, and most of all freedom-loving. The Sagittarian women consider love as a challenge, as well as an adventure. Planning a date with this woman is easy. You don’t have to go out of your way to impress them. They will enjoy almost anything, anywhere. While on a date with a Sagittarian woman you shouldn’t have any trouble striking up a conversation as they have a variety of interests. The Sagittarian woman is intellectually stimulating and fascinating to talk with. If you’re looking for a homebody, or you’re the jealous type, then you might want to look elsewhere.

Initially, a Capricorn woman may appear aloof, but what they really are, is cautious. Their interests are in art, theatre, music, and in their own career. Usually, they are drawn to people who are intellectually stimulating. They prefer to discuss serious subjects; however, will always be there to listen to a problem. Women born under this sign appreciate luxury, although, they don’t like splurging to make an impression. They tend to be dominating and are not easy to win over. They also expect to be pursued and not are the pursuers.

Have you ever met someone that appeared to be charming, funny, tantalizing, and intelligent, it was probably an Aquarian woman? Although they seem to possess a certain detached quality, they are warm, outgoing, and very concerned with others. If you want to get the Aquarian women attention, you will need to intellectually stimulate them. Good conversation including debates is their favourite past time. They are slow to take offence, never jealous and never over emotional. When planning a date with an Aquarius, you don’t have to go out of your way to impress them.

At a first glimpse, you may find yourself fascinated with a Pisces woman. They have a tendency to fall in love easily and can have several love affairs until finding the right match. To win points with the Piscean women, compliment them on their appearance, or flatter them regarding something they have done. If you’re thoughtful, kind, and affectionate, in return, you may find yourself richly awarded with devotion. These often artistically talented individuals love topics on mysticism, spiritualism and the supernatural.