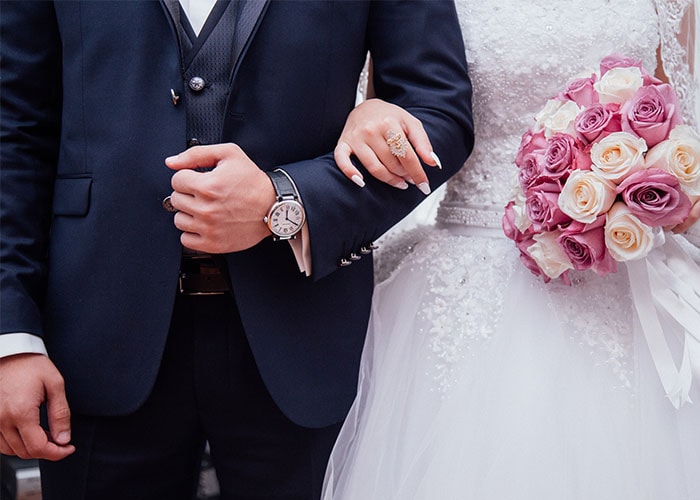 If you are chasing a man for a marriage, but that man doesn’t give any hint or doesn’t show any interest towards you. So, here you will find your answer, how to attract him for marriage, according to his Zodiac sign.

This man loves a woman who has a brain. Intellectual conversations are an absolute turn on for this guy. Talk to him about something smart and he’ll be putty in your hands. He loves feminine qualities such as being a racy temptress but then flirting like a young girl. This innocence will turn him on very easily. Make sure you retain some mystery though as he prefers a good chase. Be spontaneous and adventurous. He himself loves to maintain excitement which makes him want to up and go for it sometimes. He will need a woman who can keep up with him. While it’s ok for you to let him know you’re interested in him; let him make the first move. Just make sure you take it slow so that he doesn’t get bored quickly.

The Taurus man likes to take it nice and slow. So while you can let him know in some way that you’re interested (you should otherwise he won’t know); allow him to make the first move. He will likely want to wait a while before he takes things to the next level. To make sure he gets there; you’ll have to be very patient, sweet, and caring. He seeks security and stability. He is a bit of a homebody so he’ll appreciate a woman who doesn’t mind this and will stay home with him often or can compromise. He wants to find his wife and life partner. To win his heart, be witty, charming, and cook for him. If you don’t know how to cook; try to provide him with delicious foods in other ways.

Just like the Taurus man; the Gemini man is very slow to commit so it will require patience and dedication to win his heart. Allowing him to have space and time to make the decision to take things to the next level; will help you greatly. This guy is into taking on as many projects as he can so he’ll need a woman who is understanding of this and has goals as well as ambitions of her own. The Gemini man gets bored easily so he needs a constant stream of stimulation. Being mysterious and letting him figure out who you are over time will prove to be an exciting adventure for him. He changes his mind a lot so his ideal partner will need to be understanding and able to go with the flow in order to win his heart.

The Cancer man is very much a homemaker type that adores everything involving family. He wants to be matched up with a woman who can be a very nurturing wife and mother. This means he’ll love it when you show your feminine qualities. By treating his family with great respect and love; he’ll see you as the type of woman he wants by his side. Cook him some yummy meals or treats; he really loves women who don’t mind being in the kitchen. He’s a bit more traditional and wants a soft, warm, woman who will make a sincere and sweet mother, as well as a wonderful wife. He himself is very soft and caring. He’ll make an incredible husband and father. Show him you are all woman and be there for him when he feels less than fantastic. Showing him you’ll be there for him will make him feel secure with you.

The alpha male Leo is into women who are very ambitious and like to always look their very best. Keeping your hair fixed, well dressed, and basically looking like you’re going to an event; will attract him very much. Give him lots of compliments. Be genuine about what you say to him though. He wants you to sincerely adore him and treat him like he’s your King. For this; he will return the favour and treat you like his Queen. He wants to feel safe and secure with his lady. He will provide this for you if you’re able to give it to him. He may require lots of attention and fuss over but if you’re up for the task; you could very well win him over. Learning to clearly express yourself with him is important. Show him you are there for him no matter what.

The Virgo man looks for a woman who takes pride in her appearance. Taking care of how you look and carrying it with confidence gets his attention. Next; bring in a sense of humour and intelligence. The combination turns him on. Show him your desire to succeed and present him with your goals in life. He’ll be impressed. He himself is driven and so he likes to see this in a partner. He wants someone who matches him well or complements him. Try to plan fun activities when you can. He’ll appreciate the thought put into it. If he ever seems to get quiet though; don’t try to chase him. He doesn’t like to be chased at all. This man wants to take it slow so you’ll need to have patience and allow him to take things to the next level on his own terms.

This man has a very high view of himself and so one of the first things you’ll want to do is stroke his ego a bit. Giving him compliments or asking him for advice will make him feel needed and valued. Show him that you’re not the type of person who wants to take advantage of him. He’s a sensitive guy who can sometimes be a bit of a doormat. He’s just too nice and people like to take what they can from him. Give him personal space and time. He’ll move slowly and as long as you’re patient; you’ll win him over. He wants to be absolutely sure that you’re the one for him. Showing him that you are willing to wait for him will make him feel more secure about his possible future with him. He also enjoys a witty, clever, intelligent, and humorous woman.

He himself is normally very attractive and can be found with a crowd of people around him just about anywhere. His natural allure is very strong. That being said; he’ll appreciate a woman who also makes herself look beautiful or sexy. Since his own personality is rather mysterious; he also likes women who are as equally mysterious. It makes it really interesting for you both to get to know each other over time. Once you get to know him; you’ll want to make sure you know exactly what it is you want with him and with any possible future relationship with him. Knowing what you want will ensure the path ahead. Show this man that you can be trusted and that he can confide in you. Feeling secure is what he really wants in a partnership that lasts.

Also Read : How To Attract Her For Marriage, According to Her Zodiac sign

To get this guy to fall for you; try flirting with him at every opportunity you can. He will eat it up and feel desired. As long as he feels wanted; he’ll stick around with you. Wink at him, pat him on the bottom or hug and kiss him often. Try to come up with some really spontaneous things to do. This guy is really adventurous and this means he wants to periodically get up and go does something fun at random. Don’t resist change. He is one that lives with the flow of life. He’s interested in right now and enjoying things as they come. Allow him to have a bit of personal space and he’ll really adore you for it. He likes to do things alone sometimes. He also loves to travel so it’s a great idea for you to take some trips with him.

This is the serious man of the zodiac. He’s driven and seeking as much success as he can muster. He could possibly be a workaholic. He will appreciate a woman who is also driven in life. Though this hard worker is obsessed with getting work done; he’ll also appreciate someone who can hold down the household. He seeks stability and security within the relationship. Show him that you are going to be there for him by being kind and patient. Be supportive of whatever goals he’s working on. You’ll also need to give him some ego boosts when you can. He’ll really appreciate and it and feel cared for. When you’re with him, make sure all your attention is on him if you’re not working. Keep all your flirty tendencies focused on him. It will make him feel confident about your relationship. He will need all the confidence you can muster to make it work.

This is another independent man that isn’t in any hurry to commit. If you’re dating him and he’s moving slowly; you’ll need to let him go ahead and take his time. If you try to force him to hurry; he’ll lose interest. He’s also one for excitement in his life so he’ll always be seeking some source of stimulation. If you want to be in his good graces; you’ll need to help him find really fun things to do. He loves witty banter so the more intellectual topics of conversation you can come up with; the better. He’s very cerebral and wants to have a woman who can keep up with him. This guy loves to be quite social so he will need a woman who can keep up with him and be on his arm when he wants to go out.

If you’re into this guy; you’ll need to kick up the flirting. He really loves to get compliments and is quite a flirt himself. Bat your eyelashes, touch his arm, and laugh at his jokes. Allow him to take his time to open up to you. If you try to push him too fast; he may close himself off and back away. It takes time to build the right relationship with this guy but he is definitely worth it. He is driven so if you can; resist the urge of getting on his case about working too much. He just wants to make sure that the future is secure for himself as well as for his potential family. Be real, use your creative mind to enjoy all forms of art, and show him your care for humanity. He will have mood swings and it’s important you give him space to work them out.