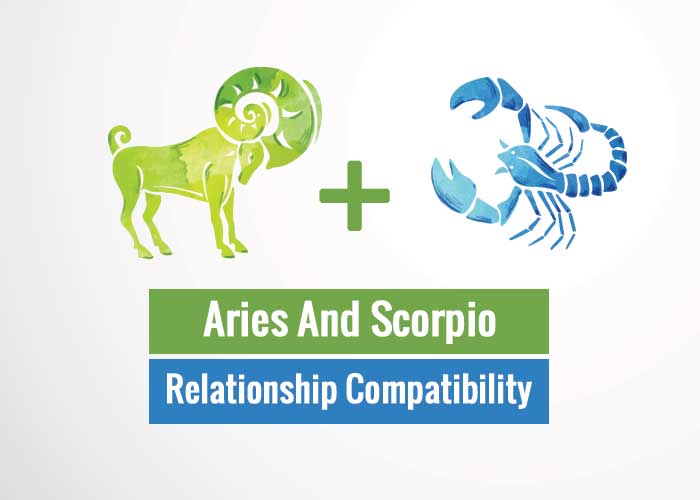 What happens when fire and water come together? If one turns the situation hot, the other may cool it down, Scorpio can either put down the fire or they themselves may start boiling by the hit of Aries. When two complete opposite signs come together, they need to compromise to maintain their relationship as it becomes difficult to work out without compromise. Aries is filled with energy, adventure, they are extroverts whereas a Scorpio is intense, deep, emotional, introvert. When they come together either they can make a good pair or a pair with so many differences. Aries and Scorpio relationship compatibility may depend on other categories of their compatibility.

Fire may attract water by its nature of wild, carefree, adventurous, positivity whereas water sign may pull fire sign by its calm, composed nature, by its intelligence, mysterious attitude. There is a high chance that they both will get attracted to each other at a faster pace as opposite polls attract faster than anything. And in order to maintain this attraction both the signs need to put an effort as it may not last that long if they don’t take care of it.

Also Read : Important Dates For The Signs In October 2019

When it comes to understanding Aries and Scorpio compatibility may scoreless. As both are hunger for power, when they walk on to achieve power they may not see anything, they may not put an effort to understand each other. There may lack a mutual understanding between them. Aries may not understand Scorpio’s deep thoughts and Scorpio may never consider Aries shallow thoughts. These differences may not allow each other to see things by being in their place, in their situation.

Also Read : How To Attract A Scorpio Woman?

Differences in thoughts, in perspective, may not allow them to have a healthy conversation. As both fail to understand each other communication between them will hardly end in a good note. Aries shallow observation and shallow thoughts may never be appreciated by Scorpio and Scorpio’s deep thoughts may not be understood as Aries may not find it relatable. There will be differences in communication. Aries Scorpio relationship compatibility may slow down as they may not have a healthy communication which will act as a barrier in their relationship.

When it comes to trust they may have a balance. As both are loyal signs. Aries’s positivity and open-minded nature will impress Scorpio, though Scorpio can hardly trust but Aries may be able to build that trust. If Aries and Scorpio’s relationship may last it is because of the trust they both have on each other. It may make the bond strong if it could survive some other differences.

Also Read : How to Attract an Aries Woman?

Scorpio feels very intensely and they are very emotional whereas Aries feel shallow, and they are practical. These opposite traits may rule their emotions and they may fail to understand each others emotions as what their partner is feeling. Aries and Scorpio relationship compatibility when it comes to emotions will scoreless due to their opposite traits and the lack to understand each other and what they are feeling.

What happens when two signs who are hungry for power come together in bed. They will either set the bed in fire or will destroy everything fighting for power. They both love dominating and it may reflect in their love. Aries and Scorpio love compatibility when it comes to sex will either score high or extremely low depending on how they take each other in bed.

There is a wide difference in their thoughts, preferences, beliefs and all these differences affect Aries Scorpio relationship. But even if they want to walk in this relationship they need to behave maturely and try to empathize with each others situation. They need to try to understand each other to make their bond strong. It will work out if both of these signs put an effort to maintain it.