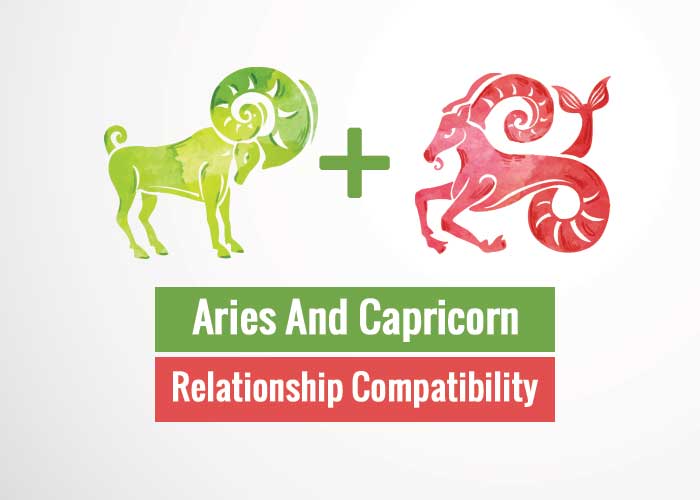 Aries and Capricorn, one filled with energy, being enthusiastic whereas the other filled with energy but walking around being pale. They two seem contradictory in those aspects that make them stand unique and when this happens, they both can hardly complement each other rather they are more likely to reveal each other’s worst side when together. But there are a few things that even work out between an Aries and a Capricorn. Here is Aries and Capricorn relationship compatibility.

Aries attract people by their nature of being positive, enthusiastic, they have that charm that can pull people towards them. Capricorn’s patience and their ambitious nature may attract Aries. They will attract each other towards them. But will this attraction last long is the main question when there is a compatibility between an Aries and a Capricorn relationship. As both share such traits that may not keep that attraction last long.

Both are practical in nature and their practicality comes in the way of expressing their emotions. They are more practical in their approach. Both are so competitive and logical that expecting emotional affection from both the signs is difficult. The fact is that it is not that they
are not emotional at all but is that they lack understanding. Both of the signs find difficult to understand each other’s emotional needs. Aries Capricorn’s relationship compatibility lack emotional connect too.

Also Read : How To Attract A Capricorn? Find it out

Aries is filled with energy and they behave the same in the bed, they love expressing themselves in a rough manner and they will hardly have patience, on the other hand, Capricorn is busy in their world of dreamland, and they behave the same in the bed too. This may piss off an enthusiastic Aries. It can be said that sex life between an Aries and Capricorn life may hold a lot of dissatisfaction due to their contrast nature. If they want to let their relationship they need to work a lot in their behavior and attitude towards each other.

Also Read : How To Stop Feeling Insecure In A Relationship? 4 Ways

Also Read : Zodiac signs In A Relationship According to Astrology