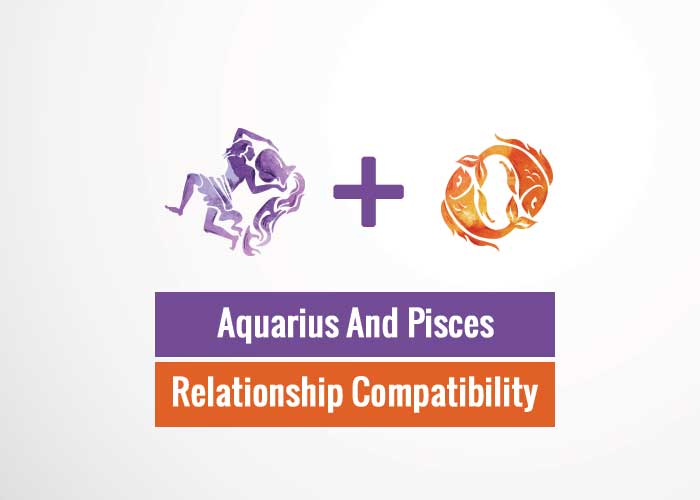 Pisces are signs that can fit with anyone. After all, they are a combination of all 11 signs. Pisces is a mutable sign and because of it, they will not have any difficulty adjusting themselves in any situation or adjusting with different people. Because of their mutable trait, they will go well with Aquarius. But at first, Aquarius may find it hard to blend with Pisces, Since they start to think that they can’t match with Pisces. But afterward, they will start to go along. Their sexual life can be interesting and intensive as Pisces will be able to resolve the suppressed emotion of Aquarius. To know more about them let’s go through Aquarius and Pisces relationship compatibility.

Well, yes they both are attracted to one another. Aquarius and Pisces get attracted to each other despite their differences. They can easily cope up with each other’s traits. But they even have some similarities like they both are humanitarian, creative, and innovative. They both will like each other’s way of coming out with new ideas. This is something these signs will admire about each other. And it won’t take time for them to be in love and head-on with this relationship.

While Pisces is little mystery and they often like to speak in metaphors and some sort of puzzle. Aquarius will misjudge Pisces by thinking that their partner is trying to have competition with them. As even at times Pisces tries to trigger their partner’s ego intentionally. But Pisces play safe and they pull back things. Apart from that, they will share their ideas and their interest and will try to explain it to each other. So their communication will be more friendly in nature. Aquarius Pisces relationship won’t lack communication.

Even though they understand one another but yet it’s like misunderstanding each other as one is quick to judge and one is little too sensitive when it comes to taking balm. They will have more difficulty in understanding their relationship and work on them. However, Pisces may try to fix this. But Aquarius doesn’t like to talk about something that is done. This difference may create misunderstanding and not even the scope to clear it or mend it. Aquarius and Pisces relationship will lack mutual understanding.

Also Read : How To Attract An Aquarius Man? Find it out

Aquarius is a little too aggressive and Pisces may find it hard to share their deep thoughts with them. They will have difficulty in expressing themselves as Aquarius’ character is a little too competitive and argumentative. However, Pisces need to understand and control their emotions because Aquarius is also not the signs who don’t like to understand others. They try to do their best. So they need to find a way to fix and build trust in their relationship. They can build unconditional trust in their relationship by using their ability to feel each other’s true core

Also Read : How To Attract An Aquarius Woman? Find it out

Even though they have difficulty in some stages but they can somehow manage that emotional bond. The bond is however not so appealing but their emotional connection is not seen but felt. Aquarius may not be so vocal about their emotions but Pisces may be able to find some way to pour out those in someway. They can make a safe emotional environment for each other only if the initiative comes from Aquarius partner alone

Aquarius and Pisces love compatibility says that there is a strong link between these two signs, and their sexual life will never get boring or monotonous. Pisces is a mutable sign and have an understanding of constant change and the exhilaration and the excitement of the act of sex. And an Aquarius is ready to follow it with a little less enthusiasm because they are, after all, rational. These signs usually don’t go well together, one is romantic, looking for their perfect love, while the other distant, looking for ways to set themselves free from all emotion. In many cases Pisces just want their emotions to flow and they will end the relationship, rather than deal with constant disappointments. But apart from that, their sex life can be quite amazing if Pisces makes a bit of effort. The best chance to have a satisfying sex life between an Aquarius and a Pisces partner is in a scenario where Aquarius already had some emotions to share before their relationship even started. The beauty of their sex life could be in creativity and the everlasting questioning that will bring excitement and emotion to the entire relationship.

Overall, Aquarius Pisces relationship may suffer to survive but if equal efforts are made and time is given to this relationship, they can enjoy a successful relationship that will be unique from others. Pisces and Aquarius sit next to each other in the zodiac chart and their relationship is often considered as unexpected and rare. Aquarius and Pisces are a believer of creativity and bringing up new innovations to the world which makes them compatible with each other.