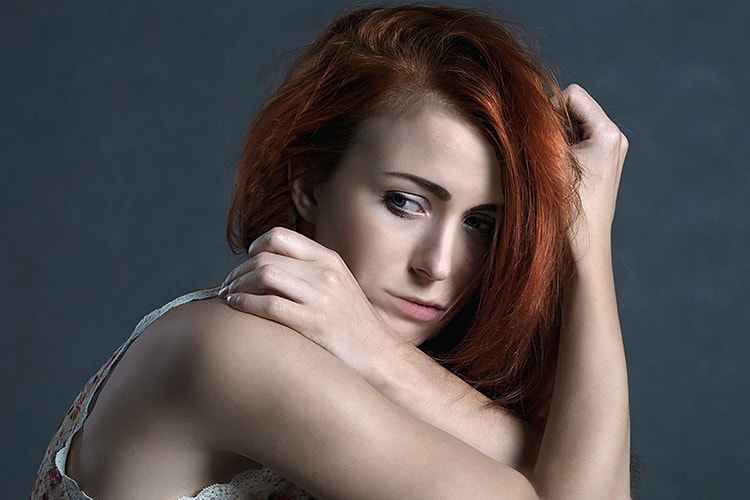 Virgos need to be alone when they are sad or upset. They become further upset and deeply frustrated when others try to help them out. Even just cheering them up can incite their wrath so steer clear, let them cool off, and in time they’ll figure things out for themselves.

Libras don’t do well with strong negative emotions. Rather than face the truth of a situation, they run from it and act like nothing is amiss. They smile through their pain and repress their sadness. If it proves to be too much, they’ll eventually explode and when they do they won’t hold anything back.

Capricorns are shy and care a lot about what others think of them. When faced with heavy emotions, they retreat inwards and over-analyze every little possible detail. They turn things over so much in their heads that they often get mired down in the negativity and forget about the brighter side of life.

Aquarius does not deal well with strong negative emotions and will do just about anything to keep busy or stay distracted. They channel their emotions into helping others but by doing so they avoid helping themselves. All those repressed feelings get bottled up inside, of they don’t stop and deal with their sadness or pain, it will just keep eating away at them.

Also Read : The Creepiest Thing About You, Based Upon Your Zodiac Sign

Taurus is a very easy going sign but they hate being seen as weak or vulnerable. That’s why they seem to disappear whenever they are sad. They get really quiet and retreat to hide away somewhere on their own where they can work through their emotions.

Sensitive, dreamy Pisces is perhaps the most emotional of all the signs. Sadness and heavy emotions stress them greatly as it triggers them to over-analyze and obsesses over every little negative thing they’ve dealt with or experienced. If they can’t get it in check this can quickly spiral out of control and turn them into a neurotic mess. They should channel their feelings into a more aware and focused frame of mind, which many of them eventually successfully do.

Geminis like to be in control of everything in their lives, yet at the same time, they’re escapists who need to be free. When they’re sad or feel depressed they become consumed by negativity and will isolate themselves to obsess over things for days at a time. If they don’t work through it or heal, they can be crippled by their grief or sadness.