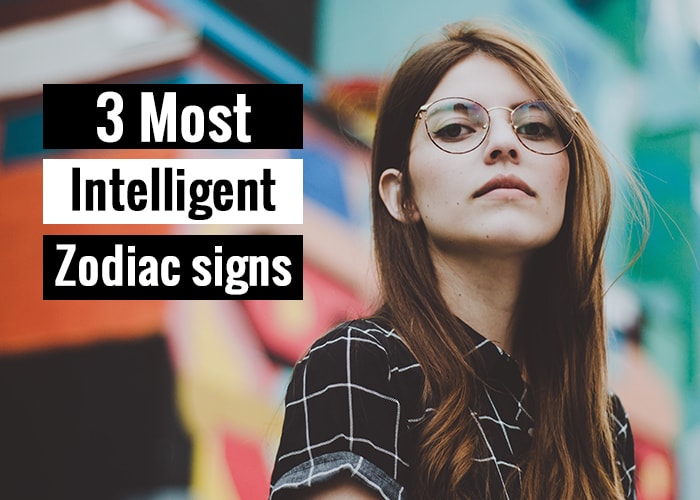 Intelligent people are highly creative, productive and knowledgeable. They are flexible and can adapt to any situation. Listed below are the 3 most intelligent zodiac signs according to astrology. Check it out, who knows your Zodiac sign may be listed below!

Most intelligent zodiac signs, Aquarius. They tend to filter almost everything through their intellectual mind. They’re able to distance themselves from a situation, making it easier for them to figure out a solution. They’re known for being balanced, inventive, and having a cool head. Aquarians are known for being broad-minded and accepting of ideas and concepts from sources other than themselves. In fact, Aquarians seek out alternative viewpoints. However, they won’t commit to a belief about something until they everything.

Virgos are one who asks a lot of questions, which is they are known to be genius. Virgos are interested in all kinds of things, even if they’re the things that other people take for granted. If there’s no solution to a problem or the answer is difficult to find, a Virgo will simply set out to create their own answer. They love to solve the unsolvable and fix the broken. They’re constantly thinking and creating. While they generally don’t like to brag, there’s very little that a Virgo can’t figure out, whether it be how to fix a sink or a more philosophical problem such as the meaning of life.

You can’t trick a Scorpio because they would be onto you immediately, and you don’t want them to use their high intelligence for revenge. So, It’s really hard to fool a Scorpio because of their mental strength, perceptual intelligence, and intensity. Scorpios have perceptual reasoning or the ability to use information that they’ve received from their senses, especially their sense of sight. They not only acquire a lot of information from their senses, they’re able to understand it and make use of it very quickly. Scorpios pick up on information that other people are inclined to miss.