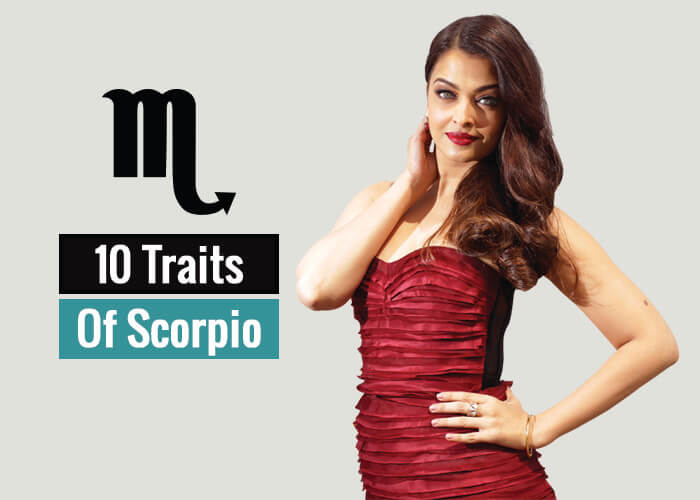 Below are the 10 Best Traits Of Scorpio (Scorpio Traits). Hope you enjoy reading it.

1. Scorpions are mysterious And secretive in their own ways

Scorpio’s mystery is legendary as they are the most unpredictable and complex personality. It’s really hard to read a Scorpio. They can be extremely mysterious and secretive about their affairs. They even tend to be fully guarded and reserved around people who they don’t know well. This is the main reason why they often prefer to keep a smaller circle of friends whom they can count on.

Don’t ever think that you can mislead them because they are highly insightful, cunning and clever creatures. Scorpions are extremely suspicious folks and they doesn’t believe anything until it’s verified.

3. Once a Scorpio is betrayed they can be highly unforgiving

Scorpions are the ones who have trust issues with people. Actually what fears a Scorpio the most is the betrayal, so once the trust of a Scorpion is broken than it’s very hard to regain and they don’t even mind to cut ties with such distrustful people.

4. Once a Scorpio loses their temper they can be harsh

Scorpio zodiac sign trait number four. Scorpions have twisted mind, so before screwing a Scorpio you need to think twice as they are not the type of people to play with. They don’t mind in seeking revenge like the Scorpion when someone crosses their path and their sting can be highly viscous.

5. When a Scorpio falls in love they can be totally blinded as they love very hard

Once they fall in love than they become so besotted and hopelessly in love that they tend to forget the whole world. They fall for someone too hard and will do anything to keep their beloved happy. In love, Scorpions will give everything they have and don’t half-ass things.

6. Scorpions are ambitious, competitive and focus and as well as they’re the independent soul who follows their own path in life

They don’t settle for small things, they have strong competitive personality and have high ambition. They always push themselves to achieve something great and different. Once a Scorpio sets their mind on something then nobody can stop them, they are too determined to achieve that thing and they only allow a few kinds of stuff in their path. Scorpions are also strongly self-sustaining and independent personality. They choose their own path in life and will never ask any kind of help and support of others. Don’t ever try to control the life of a Scorpio as they hate it the most and if done so then they don’t even hesitate in showing the harshest truth of life.

7. Sometimes Scorpio just needs to get the hell away from everyone and be alone

Sometimes they really give importance to their alone time but it doesn’t mean that they don’t want to spend time with their close ones. Actually, Scorpio plans their things and next move when they are alone and that’s the main reason why they value alone time the most. Do not push a Scorpio when they say they need some space because they will get back to you when they are done.

9. Deep down Scorpios are highly emotional

They often appear calm and confident to the outside world but deep down they are highly emotional soul. Sometimes they feel like they are on the top of the world while sometimes they experience the most severe emotions which leave them shattered.

10. Scorpios are alluring and can be highly seductive

Scorpions have a charismatic and alluring personality which fascinates others to know more about them. They are highly seductive and once they turn on their charm and charisma than it’s almost impossible for others to resist them.