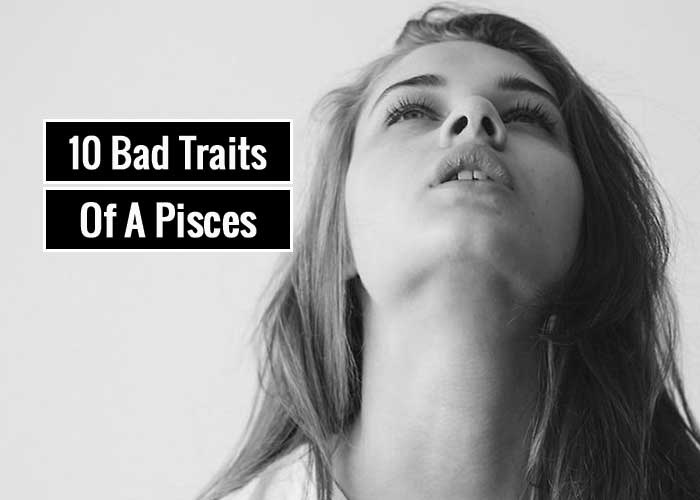 The most patient zodiac sign is known for its creativity. They are ready to listen to you patiently in every condition. Known for their selfless behaviour, the kindest of all. But this patience and loving zodiac sign also hold a number of bad traits that you may need to know. Here are 10 negative traits of a Pisces Zodiac Sign.

Instead of facing tough times a Pisces try their best to escape from the situation. They feel once they are out of it with time it will be okay and all they have to do is to save themselves from the situation. It is known as one of the bad traits of a Pisces.

Taking decisions at the right time is difficult for a Pisces, they are indecisive in nature and are dependent on people for taking decisions.

They can be lazy like anything especially when they don’t have an interest in particular things, they will just cross the height of laziness in this matter and this is known as Pisces bad traits.

They are escapist even for the reason because they run away from the situation and it is because they are pessimistic about things. Before taking any steps they start seeing it’s negative side and almost lands up in giving up.

It depends, sometimes they become so moody that people are compelled to think that it is really they are the one behaving in that way because they are known as the most patience sign who helps others to deal with their moods.

They give up early and frequently get demotivated and demoralized seeing the situation. It is known as one of the bad traits of Pisces as it makes them very weak and it affects a lot in their day to day life.

They can be easily manipulated. Pisces trust other people easily and that’s the reason they are sometimes guided in the wrong direction. They follow people without even giving the second thought.

Also Read : How To Deal With A Selfish Girlfriend?

This patient sign is known as one of the stubborn of all especially when they have to make someone agree on their terms. Sometimes they show this stubbornness even in a place that doesn’t need it.