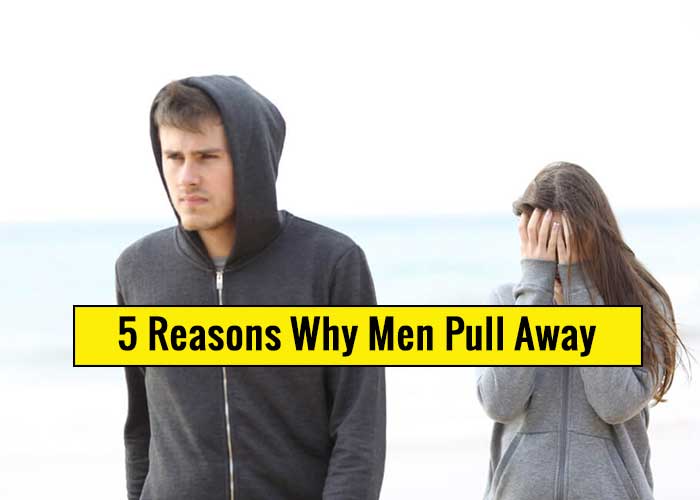 Why Men Pull Away Before They Commit?

A doubt arises in every girl like what if he backs out after you get committed to the relationship. And it happens much time that men do that. A question always arises like why men pull away suddenly even when things were going fine. There may be a number of reasons as to why do men pull back. There may be a lot of signs even before he pulls it out but you may not be aware of it. Here is the reason why do men pull away in a relationship.

It usually happens that due to show off or peer pressure a man gets in a relationship but later shows like he is not interested and most of the time he even pulls back. The reason is, he is not ready for it. He gets into a relationship due to pressure or to show off. And later he realizes that he should take a step before it is too late and he took a step back. It is one of the reasons as to why men pull away in a relationship.

2. He is not into you that much as you thought:

He is not serious about you. He is not having that intense feeling for you and now he feels it is a high time to walk away from these shallow feelings. You might be thinking that he loves you like anything but the fact is, if he loves you so much that why he will move away from you and if he has moved away from you it means he never had strong feelings for you.

Also Read : Zodiac Signs Who Love So Hard That It Hurts Them

4. He is scared of commitment as he may get hurt later:

There are people who have faced a lot of emotional imbalance in life and is scared to go through all this again. The reason why men pull away can be this too, as maybe he has got betrayals earlier in a relationship and is scared to be in an intense relationship or feel very deeply for you. And when he is scared to commit he is likely to run away from it too.

There are men who sacrifice their happiness for the sake of others, it can also be that he is not stable at that moment and he feels that dropping this relationship will be a better option. It may be his education, his career, his family problems and many more that may ask him to get rid of this relationship. It is one of the reasons why men moves away in a relationship.

Also Read : Know Your Today’s Horoscope According To Your Zodiac Sign