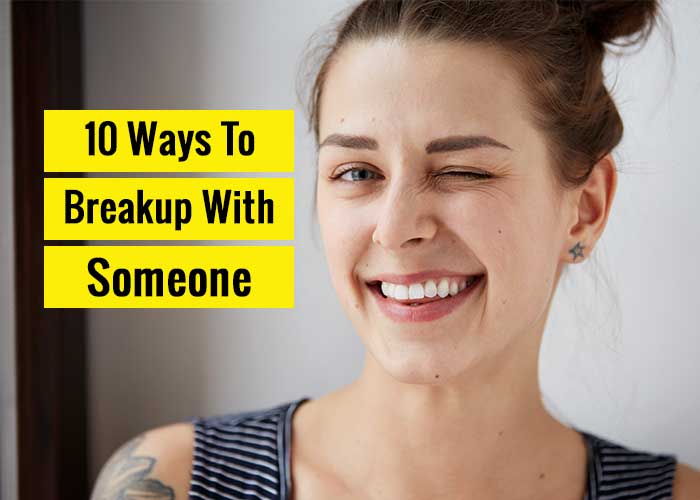 1. Don’t waste time to end it up, once you realize it won’t work:

The more time you give to a relationship that you know that won’t work will create more hassle. Don’t waste time on it and better end it up and spend time on overcoming on it rather than wasting in holding it.

Also Read : 5 Things You Need To Hear After A Breakup

2. Be clear and put your points properly about the reason for your breakup:

Don’t keep the other person in illusion, give proper reason for your breakup don’t let that person feel that you are leaving them without a proper reason, be very clear about each point. It is one of the best ways to break up with someone you love.

3. Take up your responsibility for your decision:

You don’t know what will be the consequences after your relationship ends. So don’t end up in front of the people it may create some moments that you both may not want to let the world know about it.

5. Give time to the other person to speak without defending yourself:

Let the other person keep their points properly, don’t interrupt them in between or don’t go on explaining your point without listening to them. There should be a chance given to both of you to keep your points.

6. Appreciate them and thank them for their time:

It is known that neither of your moods will be okay at that point of time but all you have to do is to end it on a good note. Thank them for the journey but it again depends as what kind of journey they have given and where and how it is ending. But assuming that things were not bad you can at least thank them for their time, support, love till then. This is one of the best ways to breakup with someone.

Also Read : Signs Your Relationship Is Over Even When You Didn’t Break Up

8. It should be a clean breakup:

There should not be any drama in such an extent which makes you both feel very bad about each other. The break up should be clean with proper explanation.

Also Read : All You Need To Know About Your Siblings, Based On Their Zodiac Signs

9. Be honest about what you feel:

10. Break up should take place in person:

Don’t end your break up in a text or call because you don’t know how it may affect the other person, you should end it up in person so you can both give and get a clear picture of why and what. Breaking up in person is the best way to break up with someone because it will help both of you to handle the situation appropriately.